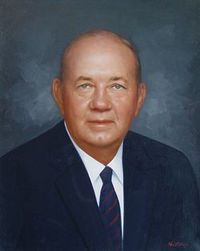 Founded on the Shore

In 1975 Guy J. Doughty, a second generation funeral director, joined his parents as a partner in the firm.

After the death of George L. Wilkins in 1983, the Wilkins Funeral Home in Cape Charles joined and became a part of Doughty Funeral Home. It continues to operate today as Wilkins-Doughty Funeral Home. Due to health problems, Jack Doughty retired in 1993. After a long debilitating illness, Mr. Doughty died on February 13, 1999. Jean Belle Doughty, a licenced funeral director, continued to be active in the business until her death November 12, 2008.

Occohannock Crematory opened as the first crematory on the Eastern Shore of Virginia in 1995.

Occohannock Pet Crematory- A second crematory was added in 2000 to provide cremation service exculsively for pets. For many families the death of a pet is a very traumatic event. Our mission is simple- to provide kind, caring, and knowledgeable service to the residents of Accomack and Northampton counties.