Share a memory
Obituary & Services
Tribute Wall
Read more about the life story of Betty and share your memory.

She was a graduate of Cambridge High school in1957. While there she was a member of the Honor Society, The Foreign Exchange Club, Intramural Hockey III, Intramural Basketball I, II, III, IV, Typist for school paper the Hottentot, and a member of the Glee Club. After she graduated from high school she attended Nursing school at Dorchester General Hospital and became A Licensed Practical Nurse 18 December 1959. After passing State Boards for Nursing, she worked at the Cambridge Hospital for several years then went to work in the office of Dr.'s. Lawrence and Alfred Maryanov where she was employed until the Drs. retired and the office was closed.

Betty was never able to have children of her own but she was a passionate lover of nature. She loved cooking, art and gardening. She always had beautiful flowers and occasionally would add in a few tomato plants to her flower beds. Any time she found an injured bird or animal she would bring it home and nurse it back to good health. She found a baby fawn she named Bambi whose mother had been killed she raised Bambi on a bottle,  it followed her everywhere and it never left home until it died of old age but her favorite and most loved were her dogs, Stinker- a little Rat Terrier,  Renne' - a  Poodle and a white German Shepard she called Keno. She referred to her dogs as her Children, loved and treated them like they were her children.

Preceding her in death were her parents Price and Louise Jewell and her only sister Gail Frances Jewell who was born 6 December 1944 and died of a heart condition 24 December 1956 she was 12 years old. Surviving her are numerous cousins.

There will be no funeral or graveside services. Her cremains will be returned to Cambridge where they will be buried next to her sister at Dorchester Memorial Park by Zeller Funeral Home.

Arrangements were made by Doughty Funeral Home in Exmore, Virginia.

To send flowers to the family or plant a tree in memory of Betty Baker, please visit our floral store. 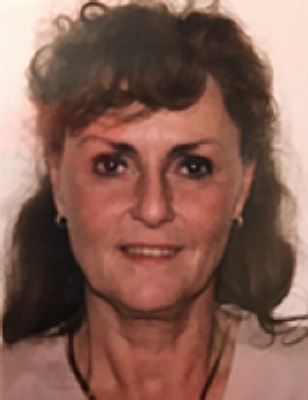 
Family and friends are coming together online to create a special keepsake. Every memory left on the online obituary will be automatically included in the book.

You can still show your support by sending flowers directly to the family, or by planting a memorial tree in the memory of Betty Baker
SHARE OBITUARY
© 2022 Doughty Funeral Home. All Rights Reserved. Funeral Home website by CFS & TA | Terms of Use | Privacy Policy | Accessibility