Share a memory
Obituary & Services
Tribute Wall
Read more about the life story of Steven and share your memory.

Steven Gylmoore Griswold, 79, a resident of Severna Park, MD, passed away peacefully on Sunday, December 18th, 2022, surrounded by his children and his inseparable soulmate and wife of 56 years, Doris, who he first met at age 15.  Born January 19th, 1943, in Baltimore, MD he attended Loyola HS where he played on their first ever lacrosse team.  Steve was also one of the leaders of his school’s football team, and in his senior year the Dons completed a rare undefeated season with a dramatic championship game victory over rival Calvert Hall, where he was selected as the game’s McCormick Spice Unsung Hero.  His accomplishments on the field earned him a full athletic scholarship to Boston College, where he would earn a degree in finance.  Upon graduation, Steve joined IBM to begin his professional career and was married shortly there-after.  He wanted to return to his family in Maryland, but not before a 3 and a half month honeymoon with his new wife that spanned nearly the entirety of Europe, and much of North Africa.  Steve then started his new career as a stockbroker with Merrill Lynch in downtown Baltimore, where he would work for the next 40 years.  Steve loved the art of sales, and in his free time during the 1970’s and 80’s, he would make runs down to the lower Eastern Shore of Virginia, to buy clams, crabs and oysters that he would then sell on the side of the road near Annapolis.  He retired in 2011 after spending the final years of his career with RBC (Royal Bank of Canada).  A voracious reader with a photographic memory, Steve’s greatest interest in life was providing for his family; whether it be love, comfort, support, or adventure.  Steve loved all things Virginia Tech, where son Matt played on the baseball team.  His hobbies and passions included music, movies, mountain springs, the ocean, and all the wonders and wonderment of the world.

Steve is survived by his wife, Doris; daughter, Karen; sons, Jim and Matt; and 7 grandchildren. He was predeceased by a son, Marc Griswold.

His viewing will be held on Wednesday, December 28, 2022, at Barranco Severna Park Funeral Home & Cremation Care, P.A. in Severna Park, from 2-4 and 6-8 pm, and his funeral will be held at St. John the Evangelist church in Severna Park at 12 noon on December 29, 2022.  A private family burial will be conducted on Friday December 30, 2022 in Wachapreague Cemetery. In lieu of flowers, donations can be made to the Saxis Island Museum general fund at www.saxisislandmuseum.org or Saxis Island Museum P.O. Box 21, Saxis VA 23427.

Local arrangements were made by Doughty Funeral Home in Exmore, Virginia.

To send flowers to the family or plant a tree in memory of Steven Griswold, please visit our floral store. 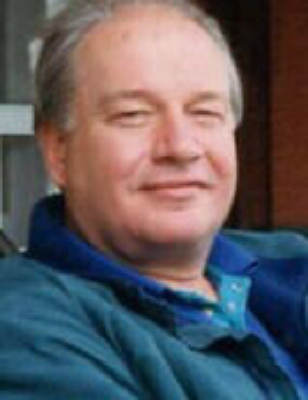 Look inside to read what others
have shared
Family and friends are coming together online to create a special keepsake. Every memory left on the online obituary will be automatically included in the book.

Family and friends are coming together online to create a special keepsake. Every memory left on the online obituary will be automatically included in the book.

You can still show your support by sending flowers directly to the family, or by planting a memorial tree in the memory of Steven Griswold
SHARE OBITUARY
© 2023 Doughty Funeral Home. All Rights Reserved. Funeral Home website by CFS & TA | Terms of Use | Privacy Policy | Accessibility